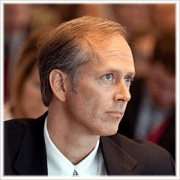 — Guest article on Science Communication by David D. Herring, AAAS Fellow and Director of Communication and Education at the NOAA Climate Program Office, for the inaugural issue of the webLyzard Newsletter.


People’s health, security and economic well-being are closely linked to weather and climate. Every day we see communities around the world grappling with environmental challenges due to extreme weather and changing climate conditions. Policy leaders, businesses, resource managers, and citizens are increasingly asking for information to help them address climate-related risks and opportunities in their lives and livelihoods. To address this requirement, the Climate Program Office of the National Oceanic and Atmospheric Administration (NOAA) employs a three-pronged strategy:

Like all U.S. federal agencies, NOAA must demonstrate measurable progress toward its goals. Because there is no one-size-fits-all approach, we use a combination of evaluation approaches: (i) track visitors to Climate.gov and review how these visitors rate our online content; (ii) conduct focus groups and surveys designed to measure our Quality of Relationship with each target public; and (iii) we use the NOAA Media Watch, a Web intelligence tool developed by webLyzard technology to monitor how others host, report on, and discuss our information.

Today, semantic technologies add an important dimension to science communication. Through its ability to assess and evaluate patterns in the public debate, the webLyzard platform has become an essential part of NOAA’s evaluation strategy. Several years ago we began using the system to track online communications efforts that otherwise couldn’t be measured – e.g., learning about sudden spikes or dips in news or social media coverage about NOAA’s climate research and data products, or climate-related topics and societal challenge areas of interest to NOAA. My team also wants to know how the number of articles in a given period compares to the long-term average for a given topic, especially during spike events, and whether overall sentiment in online articles is positive or negative.

The NOAA Media Watch allows me to determine all of these things with just a few clicks. For example, I regularly use the tool to monitor the term “coast” and a range of associated terms, including: coastline, coastal inundation, coastal flooding, coastal communities, coastal infrastructure, and coastal erosion. The following trend chart shows the frequency of news reports on the topic “coast” from May 1 to Nov 7, 2012 (the Atlantic Hurricane season).

On average, between 50 and 75 news articles per week referred to coast-related terms. We saw six spikes during that period in which the number of news reports climbed significantly higher than average due to tropical storms or hurricanes approaching the U.S. coast – Tropical Storm Beryl received media attention in late May (207 articles), TS Debby in late June (221 articles), TS Ernesto in early August (148), TS Isaac in late August (376), Hurricane Leslie in mid-September (145), and Hurricane Sandy in late October (659).

When extreme events like Hurricane Sandy happen, people often turn to NOAA and ask: “Was this due to global climate change?” The answer often isn’t a simple “yes” or “no”. We know extreme events happen with or without climate change. We also know that, today, such events happen in the context of a warming world and that a warmer atmosphere has a greater capacity to hold water vapor, which ultimately means extreme events are likely to grow more extreme. But this point is a nuance, and nuances like this often get overlooked in today’s fast-paced lifestyles in which we demand instant answers packaged into easily digestible sound bites. Climate science almost never lends itself to sound bites, which increases the challenge when communicating with non-scientists.

Being able to monitor the number and nature of news reports and the public dialog in the blogosphere is very important to ensure that authors and their readers understand the nuances of climate science, such as the differences between natural climate variability and human-induced climate change. And when they don’t, the webLyzard platform can help us to diagnose it and take corrective action. In particular, my team wants to understand when and how people are “spinning” and “framing” information about NOAA or climate science in ways that are not accurate.

While the Internet revolution has provided us with quick access to exponentially greater amounts of information, the public’s ability to discern science communication from non-credible sources appears to be rapidly declining. We need to better understand human perceptions and biases, and challenges associated with clear and effective science communication. This is particularly true for science agencies like NOAA that are mandated to share scientific data with the public in ways that benefit society and enhance decision making. This requires the effective use of new media to listen to our audiences, directly engage with stakeholders, create shared meaning, and clarify myths and misconceptions. If we are to succeed in making in-roads into the myriad societal challenges presented by climate change then it’s clear to me that semantic technologies have a vitally important role to play.

Given the intense attention that climate change attracts these days, key questions for leading organizations such as NOAA are how different stakeholders perceive this issue, how public media react to new scientific insights, and how journalists present climate science knowledge to the public. The metrics and visualizations of the webLyzard platform have proved invaluable for addressing these questions.

The National Oceanic and Atmospheric Administration (NOAA) is mandated by the United States Congress to advance scientific understanding of how Earth’s climate system works, and share the resulting knowledge with the public. NOAA concentrates on climate-related challenges facing society today in the following areas: (i) reducing vulnerability and improving resilience to extreme weather; (ii) preparing for drought and water resource challenges; (iii) protecting coastal communities and coastal infrastructure from inundation due to sea level rise and storm surges; (iv) identifying and managing threats to marine ecosystems; and (v) strategies for mitigating and adapting to climate-related impacts. NOAA Climate.gov provides climate-related information in a way that is easy to access and use, helping people to understand the state of the climate system and its impacts on their lives and livelihoods – both now and likely in the future so that they can make more informed decisions.