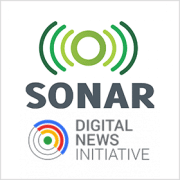 One of the main challenges in covering current events, for example, controversial political debates prior to an election, is to assess the public impact of an argument and react in a timely and balanced manner. Journalists have to provide sufficient depth while still remaining accessible to a broad audience. This often means adding costly data visualizations to enrich the content. In time-critical situations or when faced with limited budgets, media organizations have to concentrate on the most important aspects of an unfolding debate and need:

The Semantic Observatory for News Analytics and Repurposing (SONAR) will address these requirements by providing a comprehensive data analysis and visualization product for news organizations to support editorial decisions and the day-to-day workflow of journalists, including dynamic widgets to enrich the current offering of news organizations (e.g. Web sites, mobile applications, newsletters, etc.) based on a modular Visualization-as-a-Service (VaaS) approach. The resulting tools will be offered as stand-alone widgets to enrich news applications, or fully integrated into a visual analytics dashboard for journalists to track the impact of news reporting on the public debate.

Tracking the leading Austrian candidates for the EU Election proved to be an ideal showcase for the new “Comparison” dashboard mode released in June 2019, particularly as the election coincided with a turbulent month in Austrian politics that has seen the collapse of the previous government and the announcement of an early legislative election in September. The SONAR research project will continue webLyzard’s long tradition of analyzing the public debate surrounding political events and campaigns (which has resulted in an Austrian National Award for Multimedia and e-Business for the US Election 2008 Web Monitor). We plan to provide analytic results and visualizations on both the upcoming Austrian election as well as the US Presidential Election in November 2020.

SONAR will be positioned at the core of the European news value chain. The project is a collaboration between ProSiebenSat.1 PULS 4, Austria’s leading private TV company, including the channels PULS 4, ATV and ATV2, and webLyzard technology. SONAR will leverage the capabilities of the webLyzard Web intelligence platform, which has already attracted research funding of more than 9.5 Mio Euro. Proven in high-profile reference projects with the United Nations, NOAA Climate.gov and large consumer brands, its semantic engine will power SONAR’s data-centric methods for analyzing and visualizing public debates for newsrooms and content owners. A stakeholder forum with major European news organizations will help align the project with evolving industry requirements.