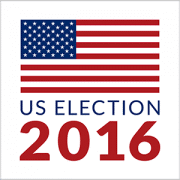 In 2016, a team of European researchers led by webLyzard technology released a novel election monitor to track the public dialogue and the candidates’ performance on the campaign trail. The system has recently been upgraded and extended with a focus on the US Midterms 2018. Real-time analyses of online coverage based on the webLyzard Web intelligence platform reveal opinion leaders, shed light on events that impact the coverage and compare stakeholder perceptions.

Try out the dashboard at  us2016.weblyzard.com

Like no other US Presidential Election in recent history, the race Clinton vs. Trump polarized the electorate and the resulting coverage. Heated online discussions showed the prevalence of filter bubbles and echo chambers in the global dialogue. Web intelligence technologies are uniquely positioned to analyze such phenomena. While the influence of social media is not novel, in the 2016 election cycle the Twitter postings of the candidates themselves became key moments that would shape the public debate for days and weeks. Surprises from both sides kept fueling the online discussions.

Public Debate on the US Election 2016

How did citizens and stakeholders perceive this unusual presidential race? To answer this question, the US Election 2016 Web Monitor analyses social media postings and the articles of international news media. Processing these diverse content streams yields more than 25 million relevant documents per month. Automated knowledge extraction services then classify and enrich the collected documents: 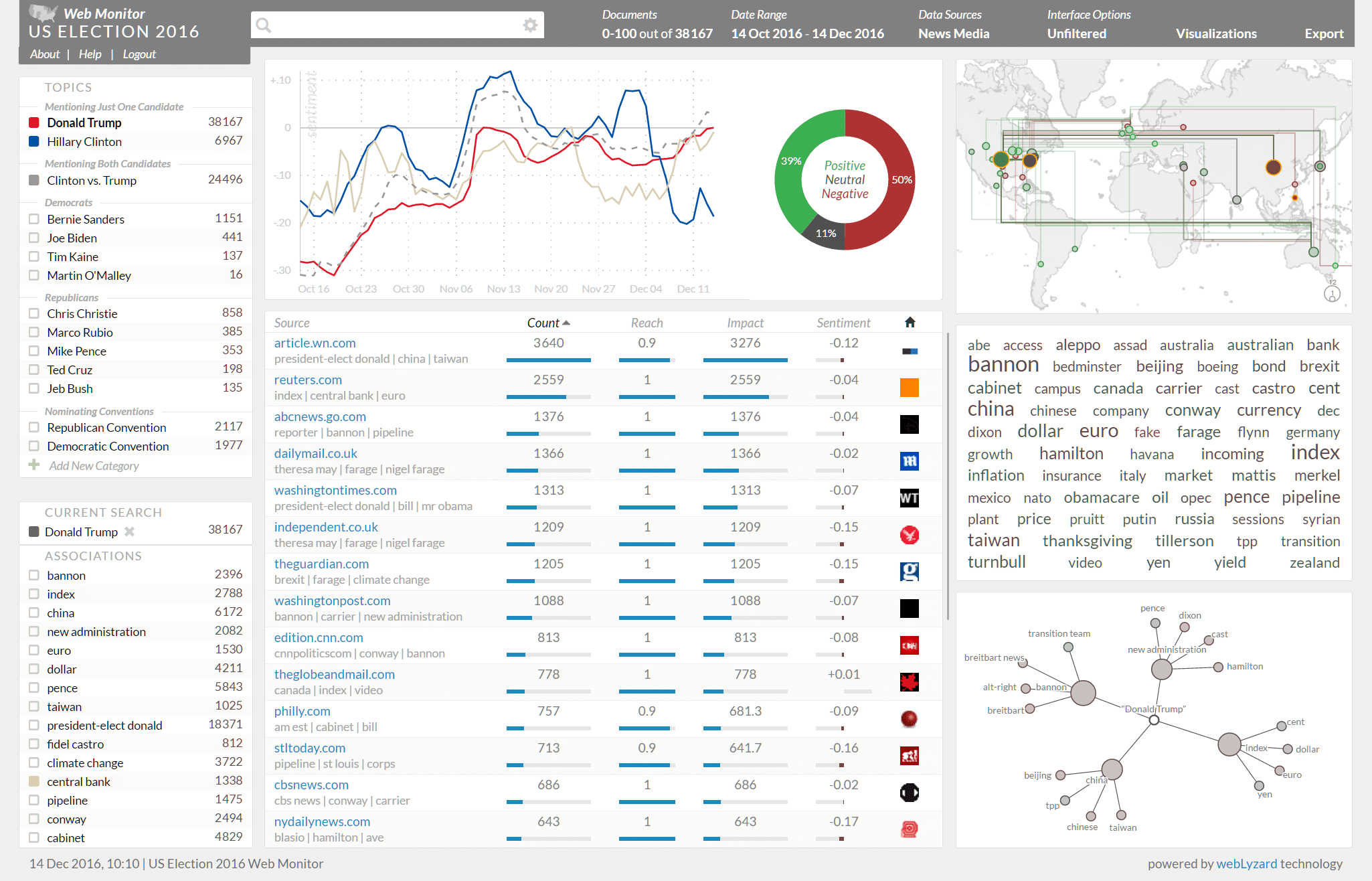 Launch Event of the US Election 2016 Web Monitor

In June 2016, the US Embassy Vienna organized a joint presentation of Prof. Hans Noel from Georgetown University and webLyzard’s Managing Director, Prof Arno Scharl, to launch the US Election 2016 Web Monitor. In October 2016, the system also featured in a TEDx talk on “Analyzing the Digital Talk: Visual Tools for Exploring Global Communication Flows” (see references below). 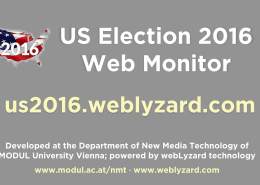 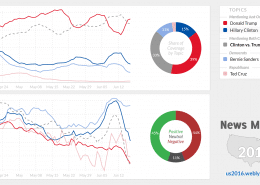 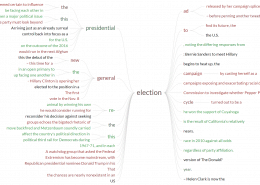 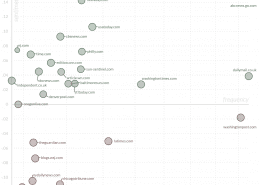 The US Election 2016 Web Monitor is jointly pursued by researchers of MODUL University Vienna, webLyzard technology, the Vienna University of Economics and Business and HTW Chur in Switzerland, who have a long history of successful collaboration. Eight years ago, a monitoring application for the US Election 2008 won the “Online Communities, Web 2.0 and Social Networks” category of the Austrian National Award for Multimedia and e-Business.

The underlying technologies and the visual dashboard are continuously being extended within the context of major EU research projects funded within the 7th Framework Programme and Horizon 2020 (DecarboNet, Pheme, ASAP, and InVID).