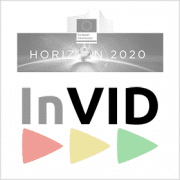 The In Video Veritas (InVID) project has been a major research initiative funded by the Horizon 2020 Program of the European Union. The project developed Web-based applications to automatically identify user-generated videos (UGVs) on the basis of their relevance, and confirm or reject their credibility using state-of-the-art analytical techniques. 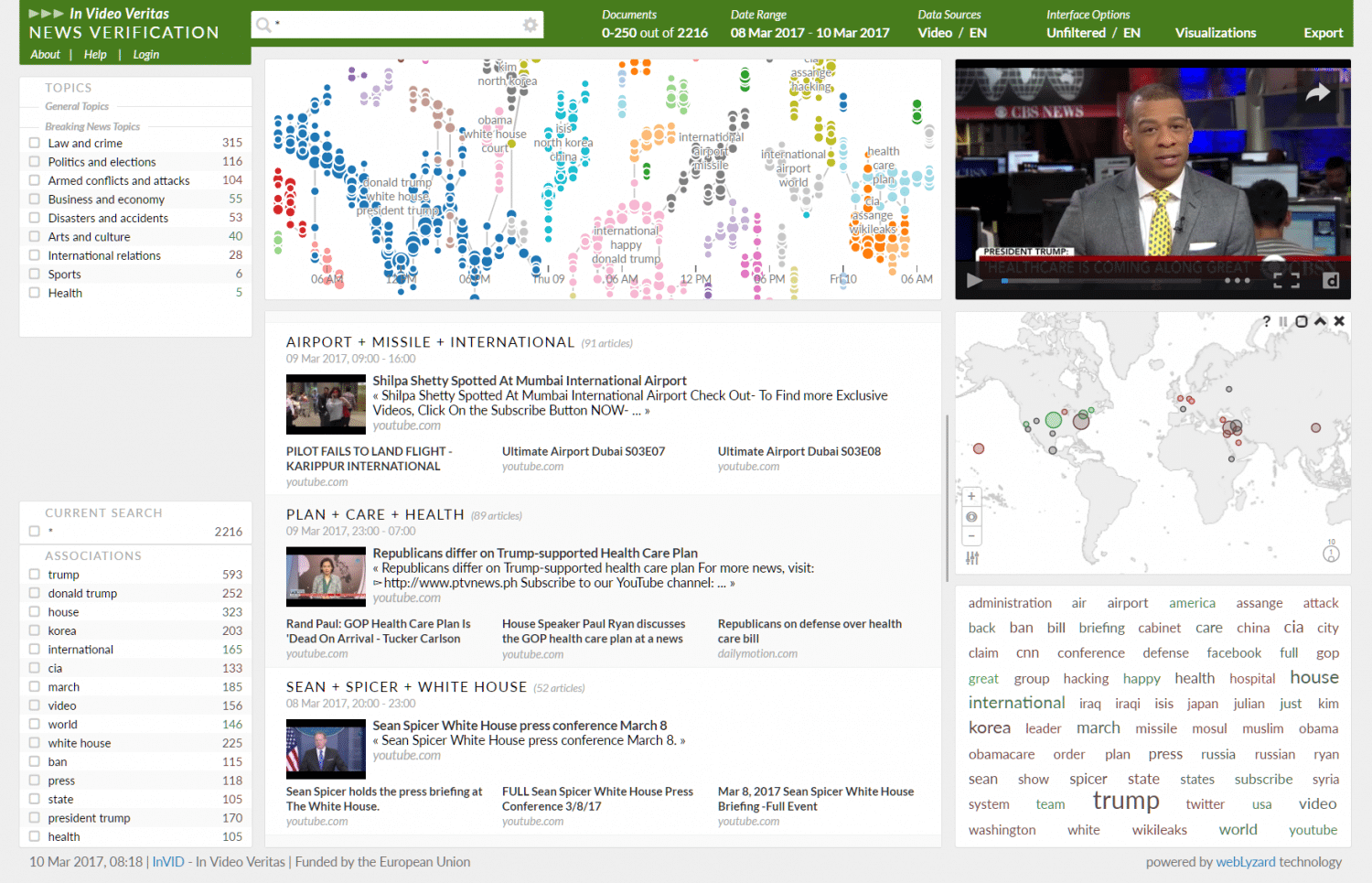 News coverage gains credibility if accompanied by original footage. Such footage is widely available since many observers at the scene of events are nowadays armed with smartphones or digital cameras. Often transferred within a matter of seconds, such User-Generated Videos (UGVs) are a valuable resource for news services. However, they can also damage the reputation of a news service if it later turns out that the creator manipulated the recording. Therefore authors need to verify the authenticity of such videos. This often happens under considerable time pressure. Therefore, the InVID project supports and automates this times-consuming verification process.

Manual human assessment of UGVs often relies on anecdotal evidence and intuition, rather than objectively quantifiable criteria. Automating this process requires the specification of such criteria, and significant advances in knowledge processing and visual analytics. Initially, one needs to verify the context of the recording, for example the time and location of the event. The system then checks the validity of embedded metadata, for example the resolution of the used camera. The final step focuses on the authenticity of the file itself, e.g., common artifacts from video editing software.

It is also important to identify the individual who recorded the video. A way to contact this person allows news organizations to verify content and usage rights. The system helps to ascertain whether similar images of the same event are available online, and the extent to which social media users already discuss these images via social media platforms.

In a first step, cluster analysis identifies emerging topics. The system then analyzes, annotates and indexes the content of related videos. The initial ranking relies on annotated metadata elements such as user, location, time of recording, etc. The automatic verification process then checks whether others have published the video in a different context. It also investigates whether there are any traces of image manipulations. For videos that successfully pass this verification process, other InVid components clarify legal issues regarding the use of this video. This includes the identification of the producer, the contractual regulation of associated rights and a suitable remuneration agreement.

InVID is a project funded within the EU Horizon 2020 Programme under the project number ICT-2015-687786, carried out from 1 January 2016 to 31 December 2017. In addition to the Austrian R&D partners webLyzard and MODUL Technology, the consortium includes CERTH, the Centre for Research and Technology Hellas (Greece), the Universidad de Lleida (Spain), eXo maKina (France), and Condat (Germany). Real-time information services for journalists in press agencies and broadcasting studios will constitute the core focus of InVID. For this reason, it is particularly valuable to have three leading news organizations on board as well: Agence France Presse (AFP), Austria Press Agency (APA) and Deutsche Welle (DW).