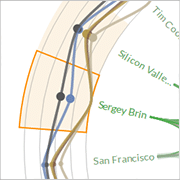 The Entity Map is a visual tool to investigate relations extracted from online media coverage. It juxtaposes two types of patterns: co-occurrence among entities, and co-occurrence between entities and selected topics. The patterns are displayed using (i) an inner radial convergence diagram, and (ii) an outer line chart with a radial imposition, which have been carefully combined to produce a cohesive and balanced visualization. The Entity Map is the predecessor of the Relation Tracker, which provides additional analytic function and uses a rectangular layout instead of a circular one.

The major components of the Entity Map are described in the following, using a screenshot based on Anglo-American news media coverage from April to July 2014 as an example. For a query on “climate change,” the list of referenced entities includes politicians such as U.S. President Barack Obama and the Australian Prime Minister Tony Abbott, organizations such as the Green Energy Collective, and various locations including Washington DC and the State of California. 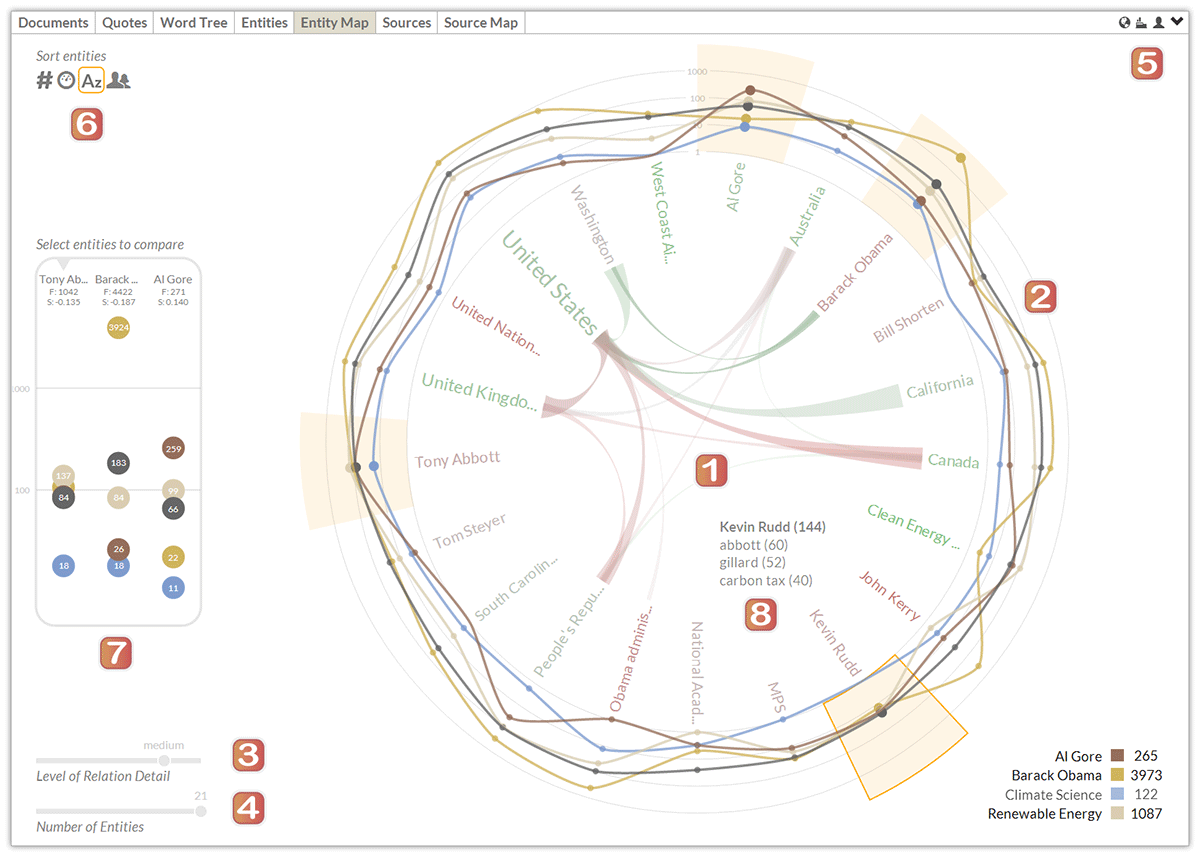